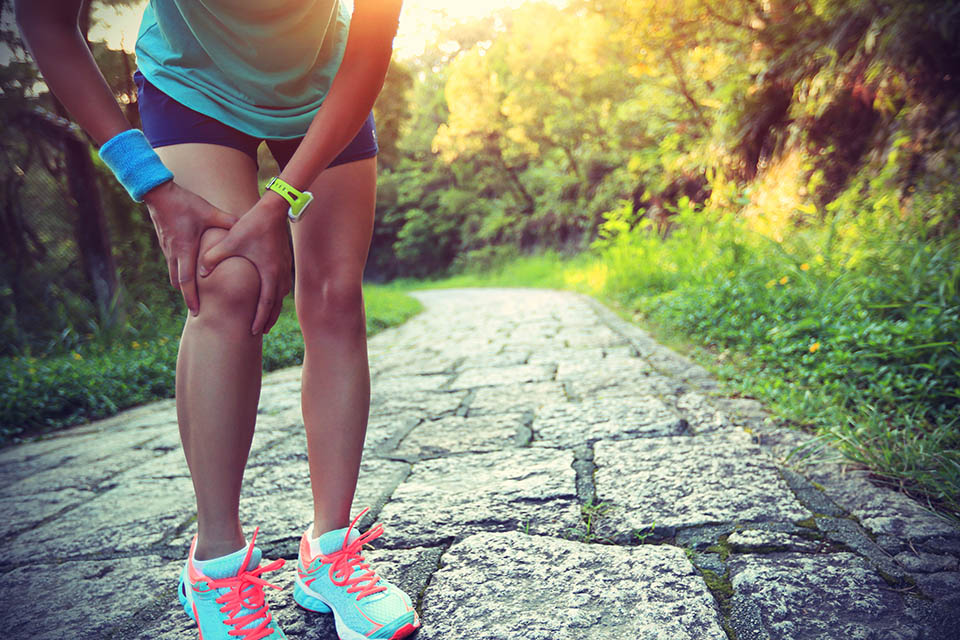 It’s one of the most common injuries in runners: Iliotibial Band Syndrome (IT Band Syndrome), or ITBS, is a tightness or inflammation of the iliotibial ligament that runs from the hip to the shin. The ligament attaches to the knee and helps to stabilize it, and for people with ITBS, moving it is painful.

One of the symptoms of ITBS, often known as “Runners Knee” is a pain or ache on the outer side of the knee. It can be at its worst in the middle or toward the end of a run. Because of its location, and because of the associated swelling and pain, runners with ITBS often think they’ve got a knee injury. One way to tell is to bend your knee at a forty-five-degree angle. If there is pain on the outside of the knee, it is probably ITBS.
There are several things you can do on your own to treat ITBS. One is to cut back on your running, increase your stretching times, or stop altogether.

You can also try side stretching. From a standing position, put your injured leg behind the non-injured leg. Lean away from the injured side toward your good side. Be sure there’s a table or chair beside you for balance. Hold the stretch for seven to ten seconds, and then repeat.
Another home therapy is gentle foam rolling, which is a self-massage using a cylindrical foam roller.

IT Band Syndrome treatment is often difficult to tackle on your own with home therapy, or stretching. Depending on how severe your inflammation is, you may risk a more severe injury by trying to treat yourself.  Inflamed ligaments and the resulting discomfort can often linger for much longer than necessary if not addressed by a professional.

Dr. Casey Schmitz, one of our top physicians at Performance Sports Medical Center in South Denver, has treated many cases of ITBS. He examines each patient to see exactly what the problem is, and then determines the best course of therapy on an individualized basis.